THE BEACHCOMBER – An Old Short Story 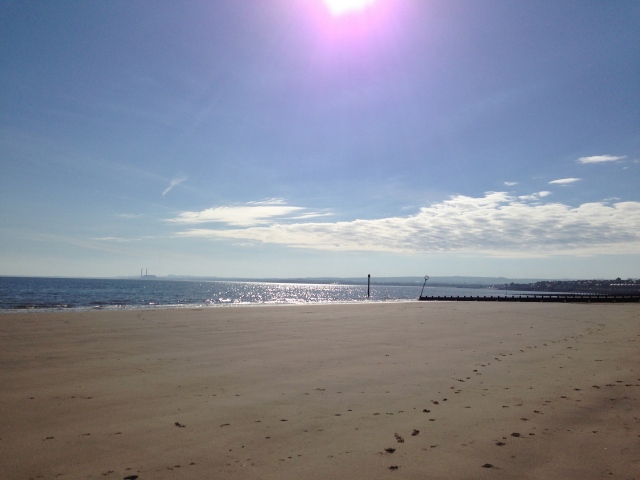 I was going through some old files on the computer and found this lurking at the back. It’s a piece of flash fiction I wrote that first appeared in The Herald in October 2006. I had completely forgotten about it.

Reading it now, it’s got a lot of the same themes as the stuff I’ve been writing recently, which is a bit weird. It was always there at the back of my mind, I guess, even eight years ago. The prose is a little over-egged for my tastes now, but I’ve resisted the temptation to cut away at it, so it’s as it appeared in the paper originally.

So anyway here you go, 310 words of beach-based sadness! Let me know what you think.

The Beachcomber
by
Doug Johnstone

He preferred the beach in winter. Portobello in the summer had more blatant charms, the dawn creeping above the dirty smudges from Cockenzie power station’s pencil-thin chimneys, but the place was too busy with dog-walkers early in the day. On dark winter mornings, as the wind blew clear down from the Arctic and stern-faced gulls dive-bombed the surf, he often had the mile-long stretch to himself.

In fifteen years he’d found plenty of interesting debris on the beach, but really he didn’t come here for the flotsam and jetsam so much as for the sense of freedom that the indifferent mass of the sea gave him. He’d occasionally seen seals out there, their snub noses poking the surface as they skimmed the shore. Several times he’d seen dolphins capering around, and once a basking shark sifting languorously through the shallows.

Today there was no such exotic wildlife, just a few oystercatchers and curlews pecking nervously at the sand. From a distance he saw something that could’ve been a hunk of driftwood or an oil drum. As he trudged closer his body tensed. The wind dragged tears from his eyes and the rain seeped down his collar as he reached the body, turned it over and checked. Dead. She was young, maybe twenty, and pretty, with a peaceful look on her face. Something plastic was pinned to the breast of her red duffel coat. It was a laminated sign. ‘To whoever finds me, please contact my mum, Mary Robertson, 42 Promenade, Portobello. Tell her I’m sorry.’

His first thought was nothing sad or morbid, but this: Who the hell laminates a suicide note? Two more thoughts crept upon him as he stood there. The first was that he could never come beachcombing here again, the second was that his life would forever now be entwined with that of poor Mary Robertson.

I write things
View all posts by Doug Johnstone →
This entry was posted in doug johnstone and tagged doug johnstone, short story, the beachcomber, the herald. Bookmark the permalink.

1 Response to THE BEACHCOMBER – An Old Short Story