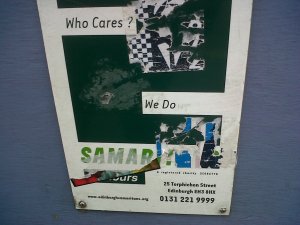 OK, so just finished the first draft of my next novel. It’s provisionally called THE DEAD BEAT. It’s about an obituary writer, suicide, mental illness and early 90s indie rock. Billy and Rose from Hit and Run make an appearance, as do Teenage Fanclub and The Afghan Whigs.

Fuck’s sake, this novel I’m writing is TOTAL AND UTTER DOGSHIT. Sort it out, Johnstone. #FirstDraftPanic

At that point, I thought I had about a week to go to the end. But I stopped today. Think I’d just had enough.

Now all that’s needed is to sort it the fuck out. I actually love redrafting and editing, or polishing a turd, as I like to think of it.

We have a phrase in my band, Northern Alliance. After every duff recording take on a guitar riff or a keyboard line we cannae be arsed re-recording: “Ach, we’ll fix it in the mix.”

I write things
View all posts by Doug Johnstone →
This entry was posted in doug johnstone and tagged doug johnstone, first draft novel, the dead beat. Bookmark the permalink.